From 2015 onwards, I experimented with fog machines and spinning motors to sustain the sculpture . I was totally into the lightplay that occurred on the ceiling and surrounding walls.

An abandoned brewery in my hometown was awakened for an award art show with the theme that referred to the imaginative „book of the missed chances“.I came up with the idea of a kind of spacecraft that was leaving earth as an reinterpretation of the ark that was „missed„ by the surrounded miniature figures.

This idea won me the audience award . Later, I installed the sculpture in another part of the brewery to capture the ambience. 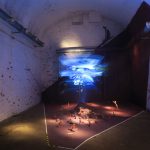 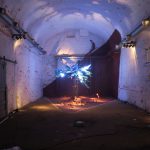 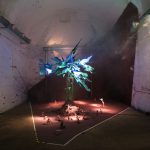 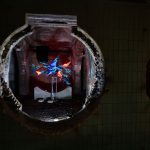 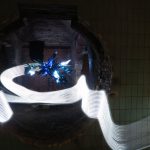 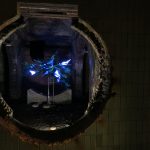 Not only apples can be a pink lady ... Big trouble